The Deception of the Antichrist and Hollywood 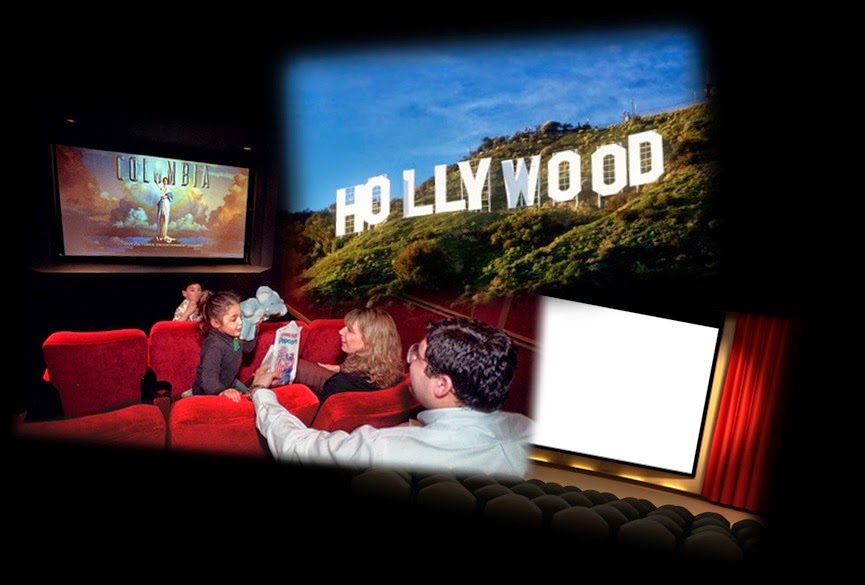 Hollywood is the number one producer and distributor of entertainment in world. Nations around the world watch Hollywood movies translated into their own languages. Each month, millions of people go to theaters to see the latest dazzling spectacle Hollywood can come up with.

But, few understand what is going on inside the people who make these movies. Few understand the real reason for films to be produced and released. There is more to a film than just entertainment.

Explosions, high-definition video, state-of-the-art special effects, realistic computer animation, and the acting, together, with an interesting story make Hollywood appealing to many. A lot goes into turning a movie script into a live-action film with good animation and realistic acting.

Acting: the Other Side

Acting is what really drives a movie forward and to achieve “good” acting, actors work hard to portray their characters realistically. Some have gone to great lengths to make their characters realistic. For example, Christian Bale lost a lot of weight for his part in The Machinist (6) and gained weight for his role in Christopher Nolan’s Batman films (7). In The Dark Knight, Batman’s nemesis (the Joker) is played by Heath Ledger (7).

During the filming of The Dark Knight, Ledger admitted that he couldn’t sleep very well. In an interview he said, “Last week I probably slept an average of two hours a night.” (1). Ledger added, “I couldn’t stop thinking. My body was exhausted, and my mind was still going.” (1).

In the same interview, Ledger said that the Joker character he was portraying was a “psychopathic, mass-murdering, schizophrenic clown with zero empathy” (1). While speaking with Ledger, the interviewer noticed he acted nervous and had trouble being still (1).

In an interview, Heath Ledger’s dad, Kim Ledger said: "In order to inhabit his character, he locked himself up in a hotel room for weeks. He would do that. He liked to dive into his characters, but this time he really took it up a notch." (2).

Heath Ledger’s notebook, which is filled with clown pictures, clippings, and notes shows a picture of him dressed in the Joker costume and the words “BYE BYE” (sic) scrawled across the last page (2). Months after the filming of the Batman movie, Heath Ledger committed suicide in his hotel.

What compelled Ledger to kill himself? He was a rising star in Hollywood and very famous. What drove him to drug himself to death?

Nolan, the director of The Dark Knight, gives us a clue:

"One time he [Heath Ledger] and another actor were shooting a complex scene. … [A]t the end of the first day, they'd really found something and Heath was worried that he might not have it if we stopped. He wanted to carry on and finish. It's tough to ask the crew to work late… But everyone seemed to understand that Heath had something special and that we had to capture it before it disappeared. Months later, I learned that as Heath left the set that night, he quietly thanked each crew member for working late." (3).

What was that special something Heath had found? Was it just his training in acting, his own personality, or something more? Was it spiritual?

“I think he's like a medium, not like a character. He opens his body and his mind to receive messages that come from another person's life. I think maybe Rimbaud was a medium, visited by extraterrestrials and Leo also has this capacity!” (4).

Agnieszka Holland, the director of the film said: “Leo is like a medium. He somehow opens himself up and receives the other person's soul and mind.”(4).

This is nothing more than demon possession, which we read about in Matthew 8.

28 And when he was come to the other side into the country of the Gergesenes, there met him two possessed with devils, coming out of the tombs, exceeding fierce, so that no man might pass by that way.

29 And, behold, they cried out, saying, What have we to do with thee, Jesus, thou Son of God? art thou come hither to torment us before the time?

30 And there was a good way off from them an herd of many swine feeding.

31 So the devils besought him, saying, If thou cast us out, suffer us to go away into the herd of swine.

32 And he said unto them, Go. And when they were come out, they went into the herd of swine: and, behold, the whole herd of swine ran violently down a steep place into the sea, and perished in the waters.

33 And they that kept them fled, and went their ways into the city, and told every thing, and what was befallen to the possessed of the devils.

34 And, behold, the whole city came out to meet Jesus: and when they saw him, they besought him that he would depart out of their coasts.

Demon possession is real and it is happening today. Below are some more examples (or quotes) for your consideration.

The actor River Phoenix said: “You feel the spirit move you. I can be possessed really well.” (4).

Roseanne Barr (Arnold) said: “When I went away, I left my body and I could hear other voices. A spiritual message really. It would all just come out, as if I were in a trance. It would scare me to read it because it seemed to belong to another place.” (4).

Vin Diesel: “I’m going to do my best to channel the character on a spiritual level.” (4).

Winona Ryder: “There’s this one particular relative who was my age when she died. I have had this feeling she was there guiding me and helping me with my performances.” (4).

Shirley MacLaine: “I simply channeled a character, this time I allowed the character to inhabit me.” (4).

Johnny Depp: “I know that I have demons. I don't know if I want to get rid of them altogether, but I would like to experience them in a different way. … Of course I have demons. I'm thirty different people sometimes...” (4).

Robin Williams: “Yeah! Literally, it’s like possession ‑ all of a sudden you’re in, and because it’s in front of a live audience, you just get this energy that just starts going….” (5).

Listen to the rest of the Robin Williams quote:

“Yeah! Literally, it’s like possession ‑ all of a sudden you’re in, and because it’s in front of a live audience, you just get this energy that just starts going…But there’s also that thing ‑ it is possession. In the old days you’d be burned for it…But there is something empowering about it. I mean, it is a place where you are totally ‑ it is Dr. Jekyll and Mr. Hyde, where you really can become this other force. Maybe that’s why I don’t need to play evil characters [in movies], ’cause sometimes onstage you can cross that line and come back.” (5).

The sad reality is that actors and actresses are being possessed by evil spirits that give them the ability to act in ways that are truly unnaturally realistic and demonic. They can portray the characters people see on the big screen because of demon possession and this is the disturbing truth about Hollywood that few understand.

Hollywood movies are not meant to just entertain the audience. There is a dark agenda behind them. The demons that possess these actors and actresses have a master and his name is Satan (or Lucifer). Satan rebelled against God and led a third of God’s angels in the rebellion against God (see Revelation 12:3-4 and Isaiah 14).

Satan was cast out of Heaven and he fought against God and God’s angels since then. Satan is the great deceiver who seeks to devour humans with his deception and lies (see 1 Peter 5:8-9). As an opponent of God and of all humankind, Satan has planted his deception, lies, and lures into Hollywood movies, TV shows, video games, etc. in order to further his evil agenda. What is this agenda leading to?

We read in Revelation 13…

16 And he causeth all, both small and great, rich and poor, free and bond, to receive a mark in their right hand, or in their foreheads:

17 And that no man might buy or sell, save he that had the mark, or the name of the beast, or the number of his name.

18 Here is wisdom. Let him that hath understanding count the number of the beast: for it is the number of a man; and his number is Six hundred threescore and six.

The false prophet, who serves the dragon (Satan), will cause people around the world to get “a mark in their right hand, or in their foreheads:” This mark will allow them to buy or sell. Without it, they wouldn't be able to buy or sell. In addition to getting a mark, all unsaved people will worship the beast (or the Antichrist) (see Revelation 13:8).

Now, we come to the crux of the matter. Will you let Hollywood (and the rest of the occult system that governs this world) lure you into serving the Devil? Or, will you forsake it, deny yourself, and turn to Jesus Christ? There are eternal consequences if you pass up the opportunity to get right with God and have eternal life.

Romans 6:23 says: “For the wages of sin is death; but the gift of God is eternal life through Jesus Christ our Lord.” And, Romans 3:23 tells us that we have sinned.

23 For all have sinned, and come short of the glory of God;

24 Being justified freely by his grace through the redemption that is in Christ Jesus:

Would you like to be washed from your sin in the blood of Jesus Christ, enter Heaven, and have a good, close relationship with God the Father?

If you are a believer in Jesus Christ, I encourage you to seek God with all your heart and repent from sin. God will hold us accountable for what we know and see and do (2 Corinthians 5:10). If we love the world, God's love is not in us (see 1 John 4:1-4).

11 And have no fellowship with the unfruitful works of darkness, but rather reprove them.

Would you like to find out how to Know God's Name Personally?

IF YOU ARE SEEKING TO KNOW GOD, please read this message.

1 Timothy 2:5: “For there is one God, and one mediator between God and men, the man Christ Jesus;”

8 For by grace are ye saved through faith; and that not of yourselves: it is the gift of God:

9 Not of works, lest any man should boast.

Now seek God with all your heart. Seek to know Him and you will (Jeremiah 29:13).

John 17:3: "And this is life eternal, that they might know thee the only true God, and Jesus Christ, whom thou hast sent.”

Jeremiah 29:13: “And ye shall seek me, and find me, when ye shall search for me with all your heart.”