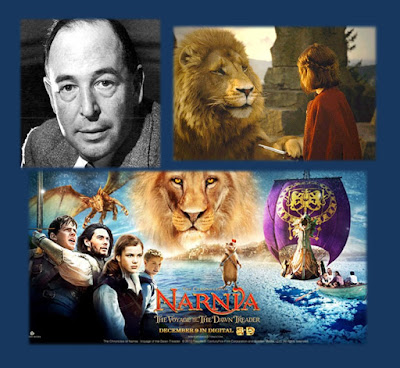 Certainly, The Chronicles of Narnia has influenced generations of people. It has occupied much of their time both reading and watching Narnia books and films. The power of entertainment to influence Christians toward the occult realm is not just a theory. For instance, many Christians today believe that magic, when portrayed in movies or books, is “good” if it is used for “good” in the story.

In this short series, we will show facts about C.S. Lewis and his books that will challenge the belief many hold that ‘C.S. Lewis was a Christian author of good children’s stories and Christian books.’ In this article, we will look at some of the beliefs Lewis had about salvation from sin.

Some of the things Christians have said about C.S. Lewis’ Chronicles of Narnia

The editor of Christianity Magazine, John Buckeridge, said of Narnia that: “There is a Christian parable in there” [1].

In 2005, Christianity Today said of the first Narnia movie (The Lion, the Witch, and the Wardrobe): 'After all of the rumors, the fretting about literary fidelity, and the angst about religious agendas, we can praise director Andrew Adamson and his fine young actors for developing these "Sons of Adam" and "Daughters of Eve" into three-dimensional, engaging characters [2].’

The tone of this magazine movie review is positive, reflecting the attitude of many Christians toward Narnia. We need to know what the author of Narnia believes about God and His Word, the Bible, before we go further. 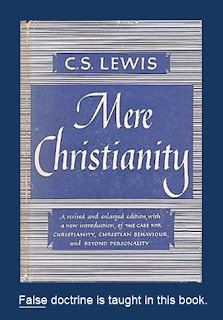 What the Narnia author believes makes all the difference. C.S. Lewis, who wrote The Chronicles of Narnia, and many other books, had a very unbiblical view of salvation from sin. See what Lewis wrote in his book Mere Christianity:

“There are people in other religions who are being led by God’s secret influence to concentrate on those parts of their religion which are in agreement with Christianity, and who thus belong to Christ without knowing it. For example, a Buddhist of good will may be led to concentrate more and more on the Buddhist teaching about mercy and to leave in the background (though he might still say he believed) the Buddhist teaching on certain other points. Many of the good Pagans long before Christ’s birth may have been in this position.” [3] [How does God save those who never heard of Jesus? See the Endnote.]

But, what does God’s Word, The Bible, say about salvation?

1 Timothy 2:5 says: “For there is one God, and one mediator between God and men, the man Christ Jesus;”

Acts 4:12 says: “Neither is there salvation in any other: for there is none other name under heaven given among men, whereby we must be saved.” 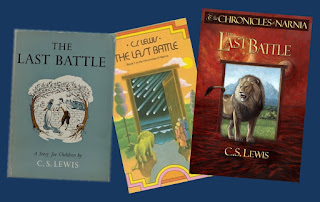 The Bible clearly teaches that only by the name of Jesus Christ can men be saved from their sins, be cleansed, and made into a new man. Only by Jesus Christ can people go to Heaven. What C.S. Lewis wrote and believed is against The Bible.

But, Lewis held to this belief. We find that the last book in the Narnia series (The Last Battle) portrays Emeth, a Calormene soldier, in “Aslan’s Land” (the Narnian version of Heaven). He had served his god “Tash” faithfully, but had ended up in a paradise with Aslan. Aslan told Emeth these words:

"I take to me the services which thou hast done to Tash [the false God]... if any man swear by him and keep his oath for the oath's sake, it is by me that he has truly sworn, though he know it not, and it is I who reward him." [4]

Aslan has been compared to Christ by many Christians. CBN posted an article that compared Aslan to Jesus. It declared: “The great news is that like Aslan in the book, Jesus went to the cross…” [5] That statement seems logical, but the notion that “Aslan is Jesus” is not quite what C.S. Lewis had in mind. (We’ll look at that in a later article in this series.)

Salvation by Works is Unbiblical

Besides teaching a salvation that is unbiblical, what else did Lewis teach that is unbiblical? In Mere Christianity, he wrote that salvation was by works involving “Holy Communion” and by baptism. C.S. Lewis wrote of three things that supposedly “spread the Christ life to us”:

“There are three things that spread the Christ life to us: baptism, belief, and that mysterious action which different Christians call by different names–Holy Communion, the Mass, the Lord’s Supper. ... My Methodist friend would like me to say more about belief and less (in proportion) about the other two [baptism and communion]. But I am not going into that. Anyone who professes to teach you Christian doctrine will, in fact, tell you to use all three, and that is enough for our present purpose.” [6]

Here, while being careful with his words, Lewis is saying that partaking in “the Mass” and being baptized are necessary “to spread the Christ life to us”. He diminishes the reality that salvation is by faith alone in Jesus Christ alone. The Bible is our solid foundation. God’s Word says …

8 For by grace are ye saved through faith; and that not of yourselves: it is the gift of God:

9 Not of works, lest any man should boast.

24 Being justified freely by his grace through the redemption that is in Christ Jesus:

25 Whom God hath set forth to be a propitiation through faith in his blood, to declare his righteousness for the remission of sins that are past, through the forbearance of God;

26 To declare, I say, at this time his righteousness: that he might be just, and the justifier of him which believeth in Jesus.

Some people may point to the Epistle of James, saying that: “We must do works to be saved.” But, the book James is not teaching salvation by works. It is teaching obedience to God’s Word, as opposed to just saying one is obedient, when he or she is not actually following the teachings of the Bible.

23 For if any be a hearer of the word, and not a doer, he is like unto a man beholding his natural face in a glass:

24 For he beholdeth himself, and goeth his way, and straightway forgetteth what manner of man he was.

In the next part of this short series, we will look at the pagan aspects of The Chronicles of Narnia.

How does God save those who never heard of Jesus? The Bible says in Romans 1 that God manifested Himself to His creation …

[19] Because that which may be known of God is manifest in them; for God hath shewed it unto them. [20] For the invisible things of him from the creation of the world are clearly seen, being understood by the things that are made, even his eternal power and Godhead; so that they are without excuse:

Jeremiah 29:13. "And ye shall seek me, and find me, when ye shall search for me with all your heart."

There are many video testimonies of Muslims (and others) coming to Jesus Christ for salvation because they sought to know God, and God revealed Himself to them in the person of Jesus Christ. God also called out to them and eventually got their attention. God has no favorites (Romans 2:11). He calls out to all people.

[1] Willcock, Shaun. “The Chronicles of Narnia”: OCCULT FANTASY OF A “CLOSET

[2] Overstreet, Jeffrey. "The Chronicles of Narnia: The Lion, The Witch and The Wardrobe."